When the whaleship CHARLES W. MORGAN was launched again in Mystic in July 2013, 172 years after her original launching in New Bedford, one of the world’s premier maritime artists was on hand to document the event for Mystic Seaport. British artist Geoff Hunt, through the sponsorship of Mr. and Mrs. Charles Hamm, spent the day of the launch high atop the stairway that had been used by visitors to ascend to the deck of the MORGAN while she was being restored on the Museum’s shiplift which had been rebuilt just prior to the MORGAN’s restoration project.

While Geoff has gained a lot of notoriety for the artwork he has produced for the covers of the Patrick O’Brian “Aubrey-Maturin” novels, he has long been known in the maritime art world for his exceptional depictions of, primarily, 18th and 19th century warships. His research is impeccable and his skill remarkable. 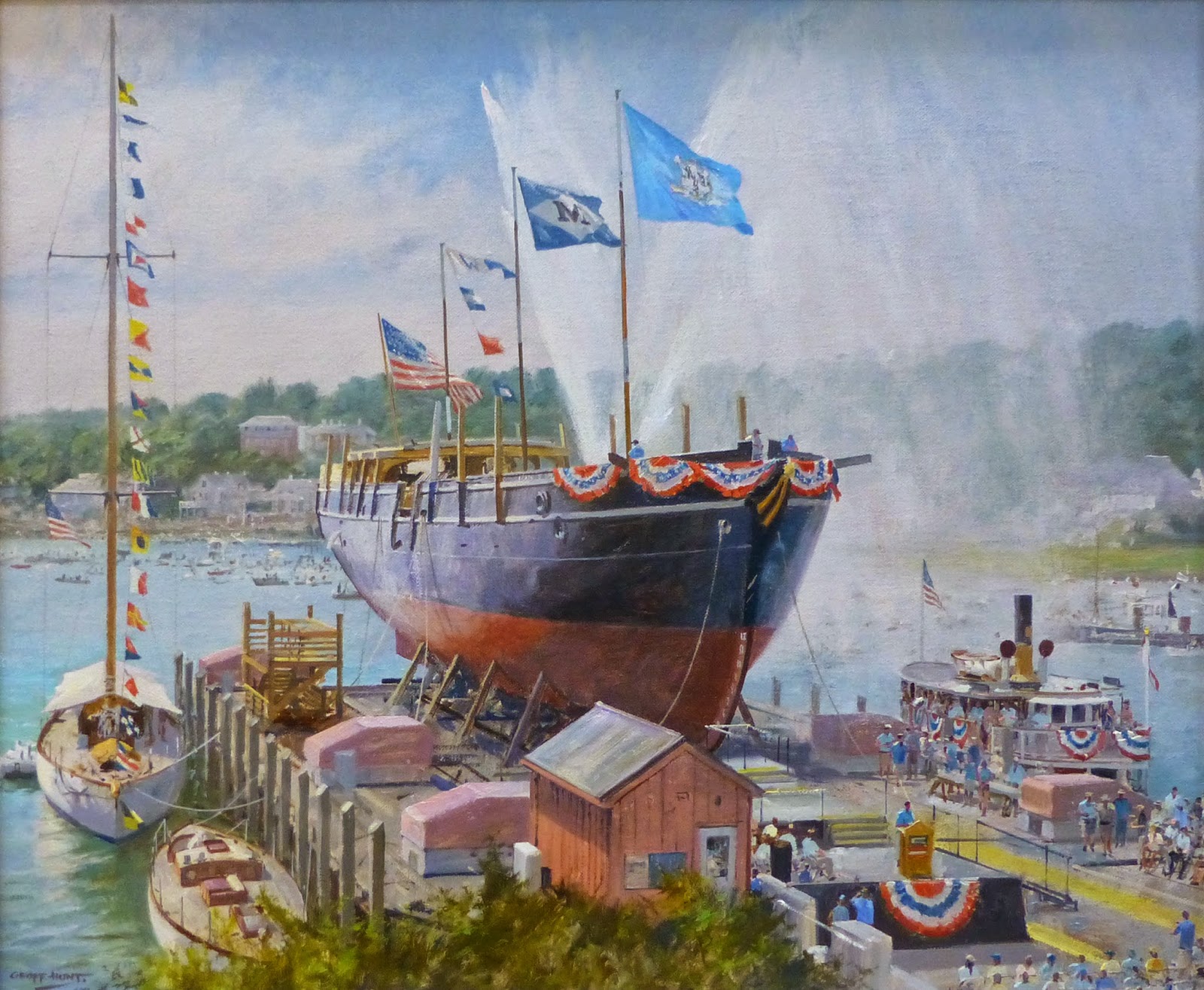 We are happy to have the painting seen here as part of the collection at Mystic Seaport. Even better, the Museum has also acquired the watercolor sketch that Geoff produced as the draft for this painting. Now that the MORGAN is home from her successful 38th voyage around New England, we expect to see many more versions of her likeness both under sail and in port.
Posted by Paul O'Pecko at 10:42 AM