Easter Island and the Voyage of La Perouse

When Jean-François de Galaup, comte de La Pérouse set sail in 1785 with the blessing and assistance of Louis XVI, he was following in the wake of Captain James Cook to discover lands unknown to Europeans. He sailed in search of the Northwest Passage and eventually made his way to Botany Bay in Australia in 1788. Along the way he made a stop at Easter Island where his expedition was enchanted with the people and expressed wonder at the richness of the soil. While there, sketches were done of the monuments on the island and the way in which they were supported, as can be seen in the following images from the 1797 edition of the Atlas du Voyage de la Perouse located in the rare book collection in the G.W. Blunt White Library at Mystic Seaport. 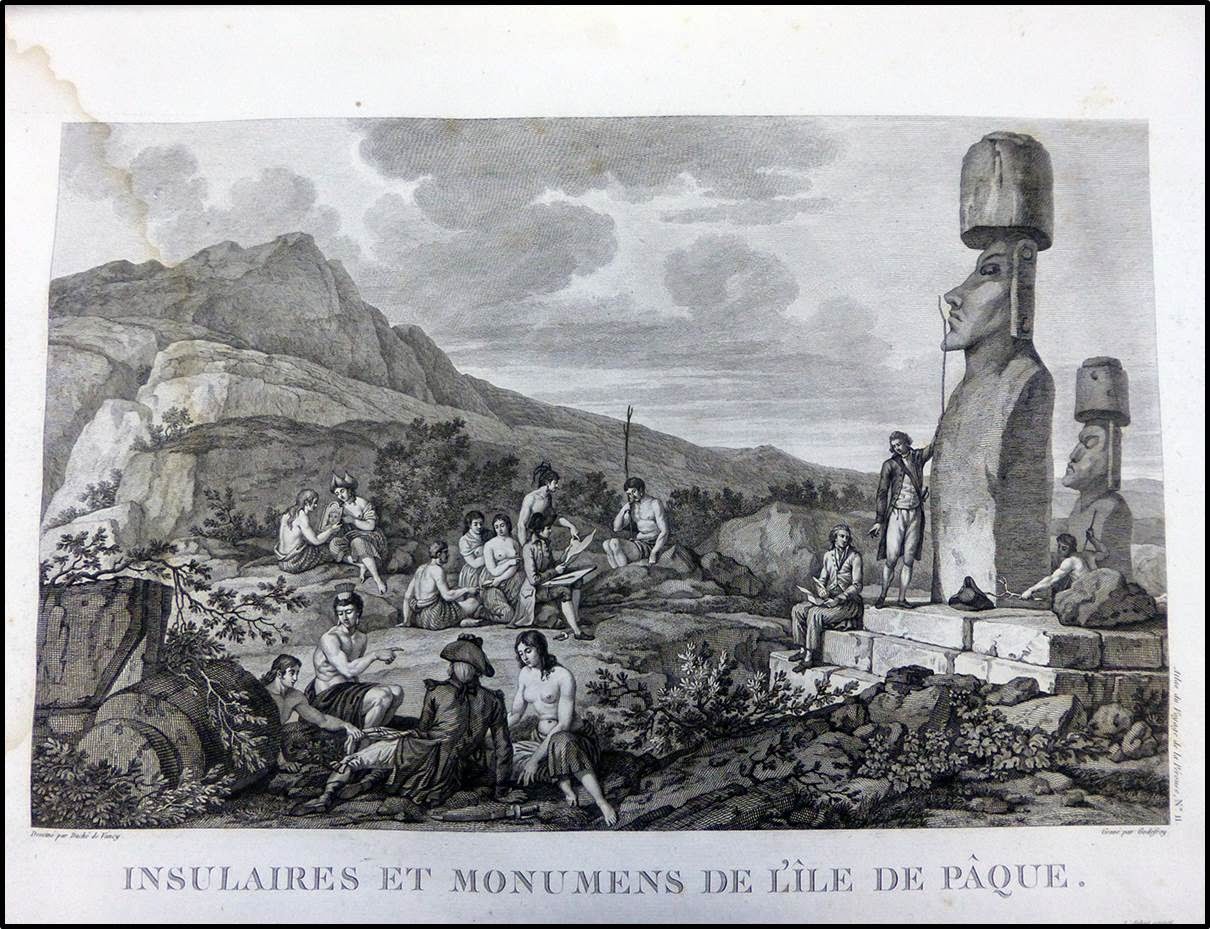 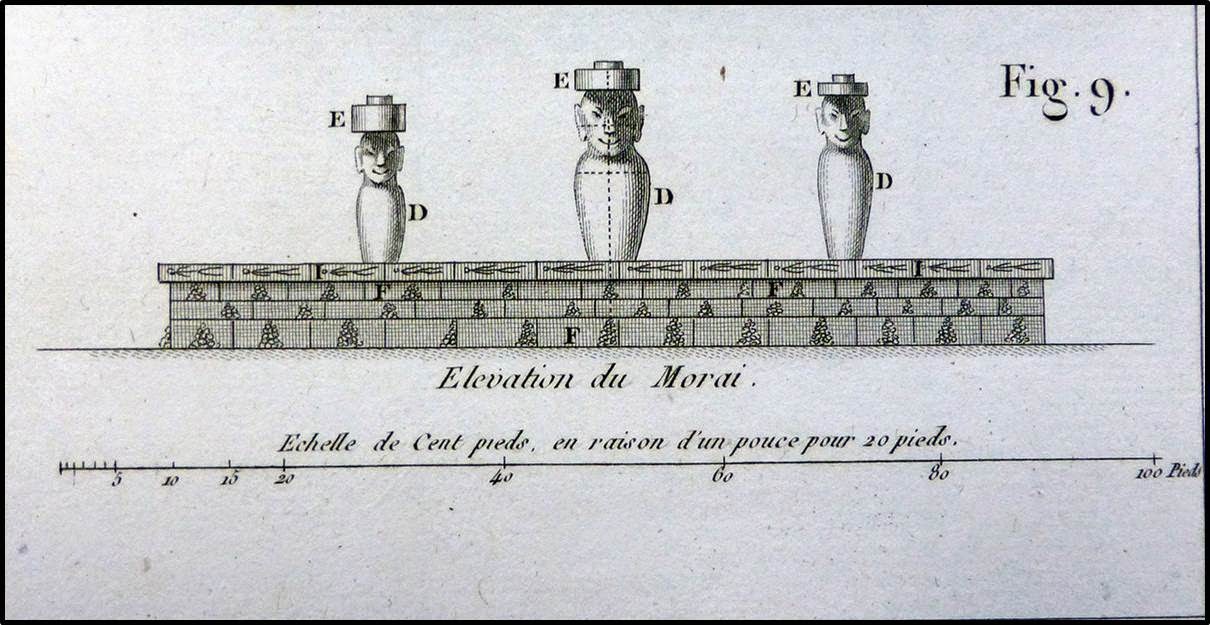 When La Perouse left Australia in 1788, his expedition was never heard from again. Luckily, he had handed over his journals up to that point to be sent back to France and they were subsequently published. Nearly 40 years later what appeared to be the remains of his ships were located on Vanikoro Island in the Santa Cruz Islands about 1,000 miles east of Australia.
Posted by Paul O'Pecko at 5:32 AM